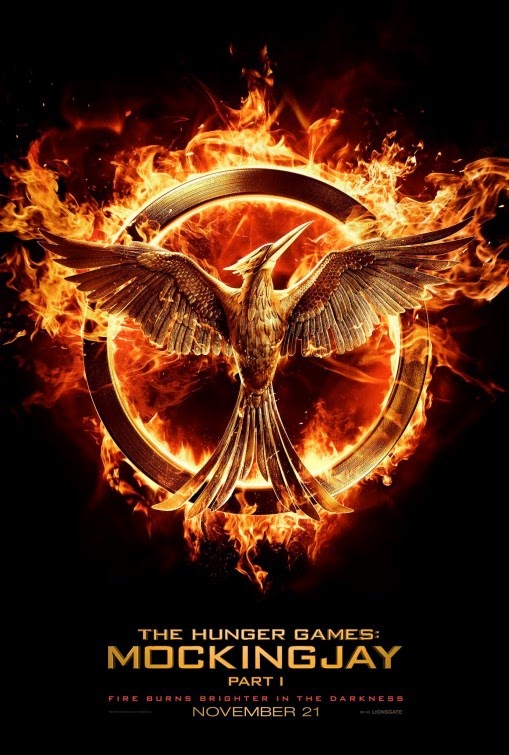 I’ve read/heard a lot of reviews saying that nothing happens in this movie, but I heartily disagree.  There are decisions to be made by Katniss and other sundry people in the Panem world, and the players spend this movie making them.  That means there’s not a lot of shooting, but a ton of good acting* and political maneuvering, which I was down for.**

Cost:  $10.00
Where watched: With Kelly at the  Baghdad Theater.  We went to the 8pm night-before-it-was-released showing celebrating one year of the renovated theater. There were themed cocktails and promises of cake.  Though no actual cake.  Was that a commentary on the Hunger Games movie?

*Peeta has greatly improved.  He’s quite good.  Jennifer Lawrence is, of course, phenomenal.
**I know what’s coming in the next movie, we can take our time getting there.