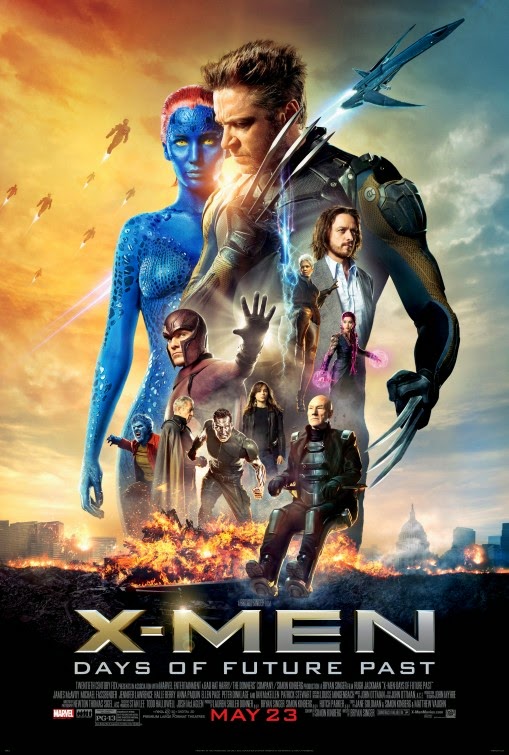 A fan of X-Men movies in general,* I thought this was phenomenal, easily the best of the bunch.  While acting was good all around, I particularly found James McAvoy outstanding as the weepy, confused and mostly lost Charles Xavier.  The future/past setting worked for me and the only thing I was sorry about was the early exit of Evan Peters, who stole his scenes from much more experienced actors and also provided the cinema with the best use of a Jim Croce song in decades.