I’ve got two separate posts for you and a bonus list.  Or, if you want sentences instead of paragraphs, you can go to the Patricia Awards for Movies.

Let me begin by saying I think ranking Top 10 lists is dumb.  Flim/Movies covers a lot of ground, and how can you compare the best documentary to the best film you saw with ‘splosions?  That said, I do have a #1 choice:  Frances Ha.  But everything after that is too hard to rank.  So here are my lists in alphabetical order.  Link(s) to the original three sentence reviews by clicking on the titles. 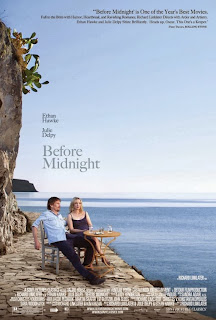 I have no ability to critically regard any of the “Before” movies because I am crazy about them.  I love that I am two years younger than the characters, I love that they keep catching me in life stages, I love that they are well written, witty, thoughtful and superbly acted.  And I love that Julie Delpy’s Celine is a piece of work.  No shaving off the rough edges of that character. If you haven’t already partaken, plan a day, or series of days, and watch all three:  Before Sunrise, Before Sunset, Before Midnight. 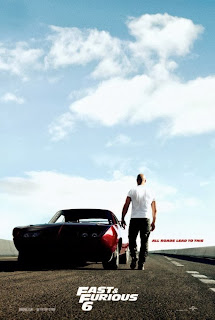 Fast & Furious 6
This movie made my list partially because Filmspotting’s Poll question this week was “Which of these 2013 box office hits would you most like to see make some ‘best of’ lists?” and this was my pick.  (It’s currently losing with only 6.16% of the vote.)  So I couldn’t not include it in my Top 10 list.  But it’s also here representing films made for the masses.  I like to be challenged in my movie watching, I like to be transported to other places and times, I like to experience things through characters.  And sometimes I just like big, dumb action movies which are not only fun IN the theater, but fun to recount dramatically to people who find such films stupid.  They are also fun to read about online.  This one not only had a How it Should Have Ended treatment, but the movie franchise has also spawned much debate about the physics of the Fast universe.  Now that’s a great movie franchise. 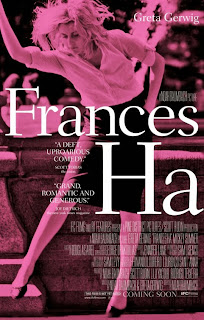 Frances Ha
Those of you who know me know that the lack of women in cinema drives me crazy.  I love movies, I love women’s stories and it frustrates me that we don’t get to see more of them.  Or even two women in a movie. Or even a sub-plot with a woman in a movie.  Or a film that doesn’t just have the woman in the girlfriend role.  I could go on, and have.  But enter Frances Ha, making my movie dreams come true.  I also hated that mid-20s period of floundering in my own life, so it was wonderful to see that life passage writ large on the big screen.  Also, its fun and funny. 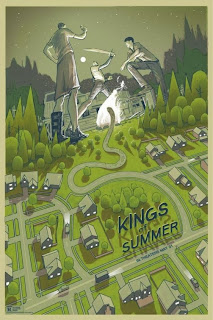 Kings of Summer
Until they start making good movies about teenage girls, I will have to slack my thirst for adolescent life passages with movies about boy teenagers.  Fun fact:  when I was in high school (and even college) Hollywood produced basically NO movies about teenagers.  The sun had set on the Brat Pack and wouldn’t rise again until the late-90s with Can’t Hardly Wait, American Pie and their like.  Except for Heathers, we had nothing after Say Anything, and that classic came out when I was in eighth grade.  So a vast yearning need to see my adolescent story played out while I was an adolescent was not fulfilled and thus I tend to watch every single (non-horror) teenage film that appears.  This one hit every note of high school summer with three very memorable actors.  Plus all the supporting cast was excellent.  My teeth dried out from smiling. 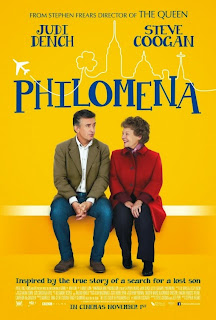 Philomina
Judy Dench usually does right, so I expected this to be good.  I was surprised at just how good it was.  What could have ended up a sort of dramatized-for-television level of emotion was ratcheted up quite a few notches.  Aside from the main thrust of the story, Judy Dench’s portrayal of Philomina is fun to watch just from the “oh, mother really!” perspective.  Bring tissue. It’s a weeper. 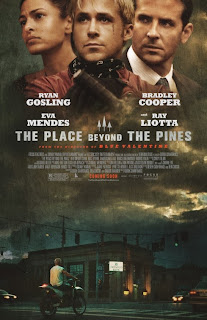 The Place Beyond the Pines
I’m guessing that the vast majority of straight women have the same bad-boy fixation I have.  Hopefully y’all have found a very nice boy to settle down with and confine all your bad boy urges to the screen, as I have.  It really works much better if the bad boy is ephemeral celluloid.  I’ve gone on the record (multiple times) as NOT having a thing for Ryan Gosling.  However, blond Ryan Gosling with face tattoos is another story entirely.  This is a film in three acts, and blond Ryan Gosling is only around for the first act.  But the story that starts with him and then flows through the picture is breathtaking.  Also, this movie I can never remember the title.  I call it “that Pines film.” 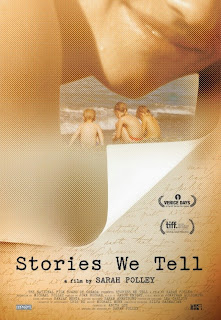 Stories We Tell
Sarah Polly has been a great actress and director and it turns out makes a darn good documentary too.  It’s interesting to tell people the premise–Sarah Polly explores rumor that her father is not actually her father–and see what their reaction is. Polly layers her story with her siblings and father (her mother died when she was 11) and as we go deeper into the stories the story we are listening to gets complicated in interesting ways.  This movie is good for a gasp or two.  And maybe a tissue. 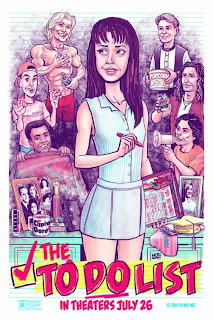 The To Do List
This movie makes my list because I’m stubborn and I’m willing to write off a movie’s failings (this one was a bit uneven) if it gives me something I never get.  Remember up there in the Frances Ha review where I talk about wanting to see more women in film?  Well, this deals directly with emerging female adolescent sexuality.  A lot of the reviews of this film said the same thing:  It’s American Pie from a girl’s perspective but not very well done.  But guess what?  It is FROM A GIRL’S PERSPECTIVE!  It’s not the film for every one.  Or most people.  But how often do I get to see a female set out to explore her own sexuality?  Not very often.  I liked it so much I wrote an essay about it. 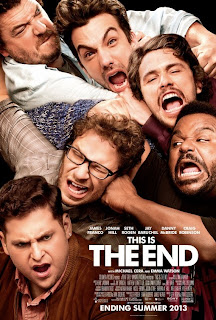 The rest of the best

American Hustle.
It was a bit too long, but otherwise fabulous.

Gravity.
Everyone is seeing it for a reason.

Hunger Games: Catching Fire.
If they are going to make a favorite book series into a  movie series, they might as well be doing it well.

Much Ado About Nothing.
Shakespeare.  But fun.

Rush.
Go for the dreamy lead, stay for the story.

Thor:  The Dark World.
I like superhero movies.  Though I was surprised how much I liked this one.

White House Down.
Went for Channing Tatum, was surprised that I really enjoyed the film itself.

Bonus List:
Movies that might have made my Top-10 but I’ve yet to see them.
Those movie critics get to see those movies for free.  Not me.  I’ve got to find time and money to see them. Plus, a bunch haven’t opened yet in Portland.

Blue is the Warmest Color
All the straight male critics like it.  I need to weigh in my straight female point of view.

Her
My secret nearly-twin Joaquin Pheonix in a hideous mustache.

In a World
Ridiculous that I have yet to see this!

Inside Llewellyn Davis
I’m getting that I will like the music, even if I end up not liking the film.

Out of the Furnace
Casey Affleck!

The Wolf of Wall Street
Go for Leo, stay for the misogynist behavior.