13 of My Favorite George Clooney Films

I’ve a new job and a new coworker and she’s looking for George Clooney recommendations. Here are mine divided up into four handy categories. Click on any orange title to find the three sentence review.

Movies Where George Clooney is a Cool Leading Man

Steven Soderbergh directed and based on an Elmore Leonard novel, this is Clooney as a bank robber on a jail break and Jennifer Lopez as the US Marshall who is after him. There’s a great scene in a car trunk plus Steve Zahn pops up for comic relief.

David O. Russell directed this film about soldiers who set out to steal gold hidden during the first Gulf War. From the era when Mark Wahlberg was working to shed his Marky Mark persona and rebrand as An Actor. Plus, Ice Cube!

More Steven Soderbergh fun. World War II is over, but there are still things for Clooney’s war correspondent to uncover. This is a bit of a mystery, and also stars Cate Blanchett. Plus, Toby Maguire in a different role than his then-current job playing Spider-Man

All Star all around with Jody Foster directing Clooney and Julia Roberts, and includes a standout Jack O’Connell performance. O’Connell takes Clooney hostage on live TV, straps him into a vest of explosives and we’re left to discover how Roberts and Clooney are going to get everyone out of this situation alive.

Films Clooney Directed That I Enjoyed:

Clooney is in this, but it’s really the story of Edward R. Murrow taking down Senator Joseph McCarthy. David Strathairn is great as Murrow, and it’s an interesting peek into early TV culture.

The Ides of March

If you’re into movies about political campaigns, this will be your jam. It’s dark though, and even the sad-eyes of Ryan Gosling might not be enough to pull you through the muck. I found it engrossing if icky. (Update. After reading my review, I’m reminded that I was also annoyed by the lack of women in this film.)

Films where Clooney is Shabby, Schlubby, or Funny

I enjoy when an actor known for his general suave nature and incredibly good looks doesn’t mind looking ridiculous. Judging by this list, Clooney has Soderbergh for serious roles, and the Coens for comedy.

Alexander Payne gives us Clooney in pain as he discovers things he didn’t know about his marriage, reacts to his daughter’s troubles, and tries to do the right thing about the huge chunk of undeveloped land on Hawaii he is the trustee of. Shailene Woodley is electric as his pissed off daughter.

O Brother, Where Art Thou?

Clooney, John Turturro, and Tim Blake Nelson star in this Coen brothers adaptation of The Odyssey. There are memorable bit performances by Holly Hunter and John Goodman. Fun fact: eighty percent of the US population bought this soundtrack in 2001 and listened to it ad infinitum. (As I went down to the river to pray…)

In my favorite Coen brothers film, Clooney and Catherine Zeta-Jones face off as a divorce lawyer and a gold digger. This uses Elvis Presley’s song to great effect to kick things off, and also includes a host of odd Coen characters, my favorite of which is Heinz, the Baron Krauss von Espy. (But Wheezy Joe is fun too.)

More Coens, more fun. Clooney is one of many great actors in this film about the golden age of the big Hollywood studios. Alternately funny and charming (and with a mystery) this includes a tap dance number with Channing Tatum, a synchronized swimming performance starring Scarlett Johansson, the best use ever of the phrase “would that it were so simple” and Tilda Swinton as rival gossip columnists who are also identical twins.

The Essence of the Clooney Magic

Danny Ocean is charming, he’s debonair, and we want him and his crew to get what they’re after, even if they’re going about it in very complicated, not-exactly-legal ways. Each one of these films is entirely ridiculous and incredibly fun, especially with the ensemble cast.

That’s my thirteen. What are yours? 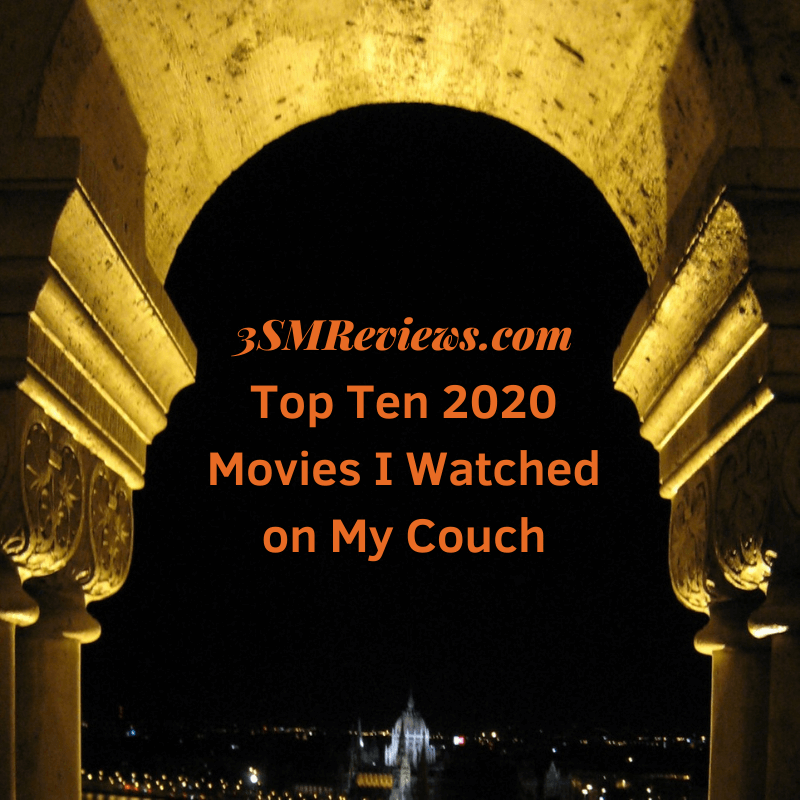 Top Ten 2020 Movies I Watched on my CouchFun Lists, Lists