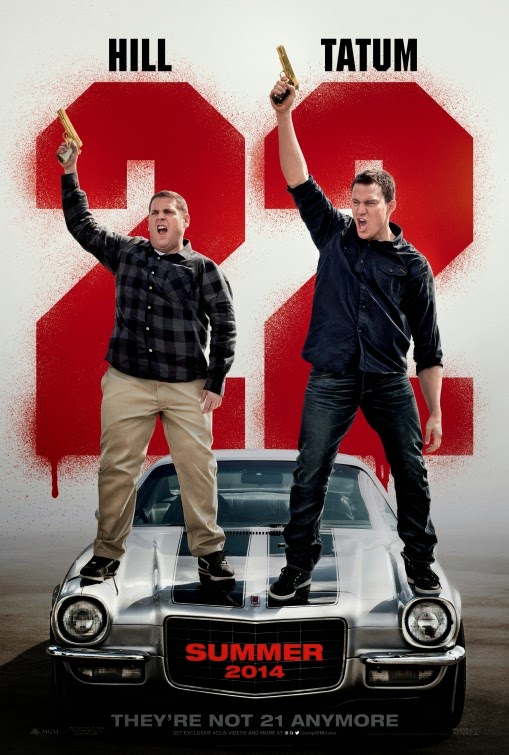 The chuckling continues in this continuation of the sequel to the remake of the 80s television franchise.*  Hill and Tatum provide similar-type laughs with Hill cracking me up when he realizes the unfortunate family connection of a romantic interest.  However, the actress Jillian Bell stole every scene she was in, and had me gasping with laughter at one point, making her the find of the movie.

Cost: $2.00 (due to gift card being exhausted, leaving me with a small balance**)
Where watched: Regal Lloyd 10.

*The credits are very funny too and seem to indicate this is the end of the road for this particular incarnation of the franchise.
**However, I did pay something like $4.50 for a small popcorn which I managed to spill twice before I began eating it.  Aside from being a slob, looking at $2.00 worth of popcorn sitting on the theater floor is no fun.