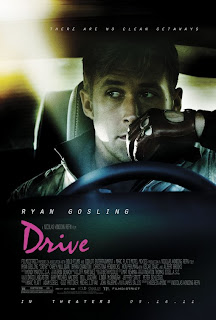 First off, I must say that this movie has one of the best kisses I’ve ever seen in cinema, but I don’t think it’s worth it to watch the entire film just to see that 30 seconds of movie magic perfection.  This is because I hated this film and went on a long rant about “dick flicks” where I have a sneaking suspicion that two guys were just sitting around (possibly high) and saying stuff like, “it would be cool if there was this guy who was a mechanic and a stunt driver, but also a guy who drives for people committing crimes and there would be all this cool stuff like stunt driving and shooting and shit like that,” and then those guys get to make this movie and, frankly, it’s not a very good movie, but because the people who get movies made are men, and the people who review movies are men, it’s considered amazing.*  I actually found it gratuitously violent, once it really got going, and why exactly was I supposed to care about this guy, aside from the fact that he did the hamster Ryan Gosling thing with the sad eyes** the entire movie when he struck me as somewhat of a sociopath?

*at one point, this rant was working itself into an essay, but it never made it the full transition, so you just get to read a run-on sentence here.  But really?  This movie made me so mad I almost spit.
**see that?  He’s doing it right there in the poster.