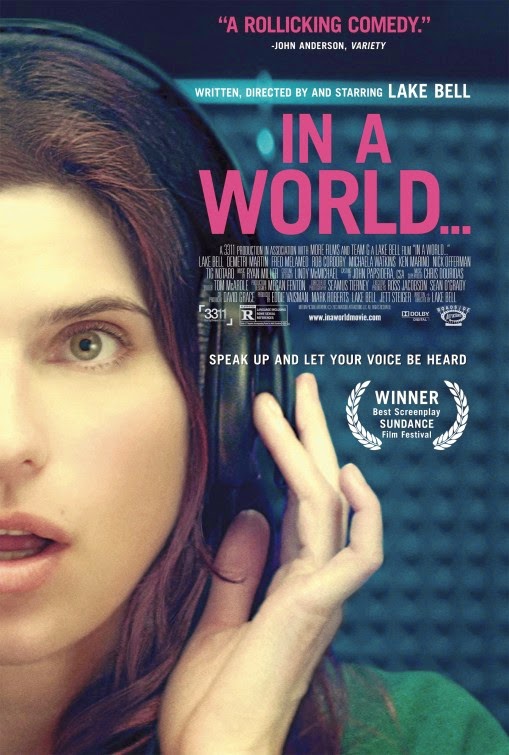 Breezy and fun comedy that illuminates the darkened corners of the voice-over world.  It’s chock full of people you will recognize* and voices your are familiar with.**  I thought Lake Bell sold herself out by writing the Gina Davis speech, but other than that, this was a very fun movie.***

Cost:  Free from library
Where watched: at home, as a palette cleanser.

*Apparently I recognize Alexandra Holden from Friday Night Lights playing someone named Suzy.
**Vinnie Van Lowe from Veronica Mars is in this.  And the bald friend of R in Warm Bodies.
***And a comedy with no defecation!