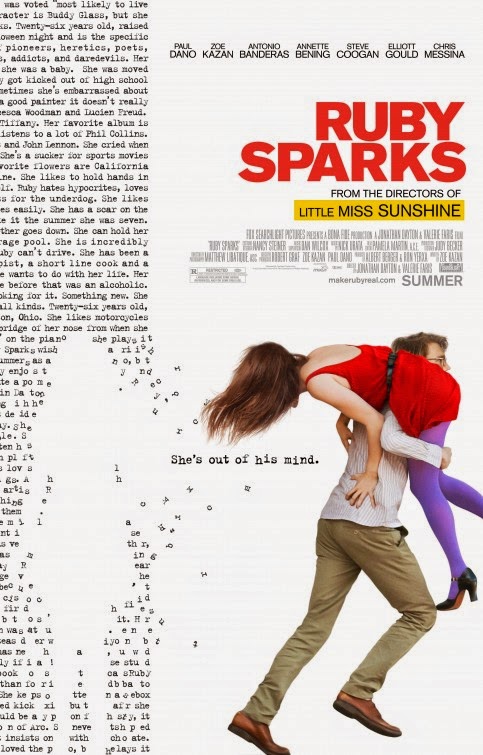 This was recommended by Jeff, who noted my intense adoration of Zoe Kazan in What If, and I’m going to say straight off that I liked it.  I think it’s incorrectly categorized as a romantic comedy as the darker premise has it headed straight for drama territory.* By the time it ended, I was angerly shoving it into that genre where men get to write all the movies and then was shocked to discover the author of this very interesting look at relationships was none other than female lead Zoe Kazan, which completely blew my mind and changed what I thought of the movie.**

*Note to people who decide these things:  Just because there is ROMANCE in a movie doesn’t automatically make it a romantic comedy.  Even if there are funny and sweet parts to the movie.
**Which made me wonder how I would have responded to this movie had I known from the beginning a woman wrote it.

poster from:  http://www.impawards.com/2012/ruby_sparks.html
I’ve got too much going on at the end of the year to give awards to posters of movies I’ve watched, but if I did, this would be a top finisher.  It correctly sums up this movie in an enticing way.
Share this.