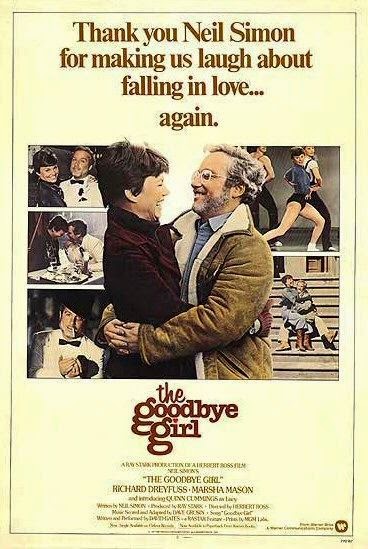 There was a lot to like about this movie and it has aged quite well.*  I also appreciated how it incorporated many things that could  have gone off the rails,** but never did and it says a lot that the movie is 111 minutes of mostly fighting, but still very fun to watch. However, I found Marsha Mason’s voice grating (unfortunately) and has an uncanny resemblance to someone in my life, so that was incredibly distracting.

*Especially considering there’s a subplot with a gay Richard III, which manages to be funny and not offensive, at least in my mind.  Other people can feel free to weigh in about this.
**For instance, Quinn Cummings as Lucy McFadden could have gone the way of grating, abrasive child, but instead she managed to perfectly walk the line between world-weary and innocent.  Also, there’s something inherently creepy about random dude moving into an apartment with a little girl living there and the movie managed to not venture into that territory.  Plus, I could have completely become judgmental of Paula McFadden’s quick attachments with (and subsequent dumpings by) men, but for all her grating voice, she managed to charm we away from that line of thinking.