Best films by decade watched in 2018

I like some structure to my movie watching. But only some.

I’ve got a scratch-off movie poster* that had me chasing some old classics in 2018, plus some catch up viewing for Filmspotting Madness, 2000s edition. That meant that I watched some things from decades other than the current one.

Oh, and there was a movie that was scheduled to be released that had three previous versions. I couldn’t let that opportunity go by.

Here are my favorite old favorite discoveries in 2018

Janet Gaynor is Esther Blodgett, an aspiring actress and Frederic March is the aging alcoholic actor who wants Ms. Blodgett to be the film star she’s always dreamed of being.

While there was a lot of subject matter that usually would sink the film for me (May-December romances, falling in love with an alcoholic) I adored this film.

The Treasure of the Sierra Madre

John Huston’s classic is a classic for a reason. You may be intrigued because it’s a Humphry Bogard film, but John Huston cast his own father as Howard, the old gold prospector delighted to be out in the gold fields again. Howard steals the show.

Gary Cooper doesn’t have much time to raise up a posse to greet Frank Miller, the criminal Cooper sent to prison several years before. But it shouldn’t be too hard. After all, everyone remembers how bad things had been when Frank Miller was around.

It turns out it’s hard.

If you’re like me and your only exposure to this movie is a few quotes, well then “fasten your seat belts, it’s going to be a bumpy night.” Bette Davis is amazing, as is the rest of the cast.

Witness for the Prosecution

Billy Wilder, Marlenia Dietrich, Tyorne Power, Charles Laughton. Big names! And a big story of a lawyer defending his client from a murder charge. Best enjoyed if you know nothing about the film. Do you like courtroom dramas? Queue this one up!

Okay so 2018 was the year I spent a goodly amount of time gushing over three of the four versions of this movie. But there is a good reason for that! This time, Judy Garland plays the aspiring actress and James Mason plays the alcoholic has-been. And Judy Garland was a force. Watch the below scene and see if you don’t want to invest another another 150 minutes in this movie.

For these decades I have no movies to recommend. I didn’t watch any movies from the 60s, only one from the 70s (that was the terrible version of A Star is Born) and only two in the 80s.

Four stars.
This film isn’t going to be for everyone. You’ve got to be a fan of stories incrementally told while not a lot of action happens. In fact, the action that mostly happens is young men in the French Foreign Legion doing training exercises in the sun. But watching young, fit men work out isn’t the worst way to spend your time. And if you are like me, the ending scene with Denis Lavant will captivate you.

Five stars.
Eleven actors, all at their sparkly best. A heist plotted against a guy who deserves to lose his money. Julia Roberts. This film is the filmiest of films and so much fun. Get the team together, get the plan together, execute the plan, deal with the fallout. It’s hard to stop smiling while watching this.

*It appears that my version of Pop Chart’s 100 Essential Films Scratch-off Movie Poster has been substituted for this one. Most of the movies look the same, though. Oh, but they added Lady Bird (my #1 movie of 2017) Sorry to Bother You (Boots Riley for the win!) and Black Panther (If you’re only going to see one Marvel film, this is it). Good choices. 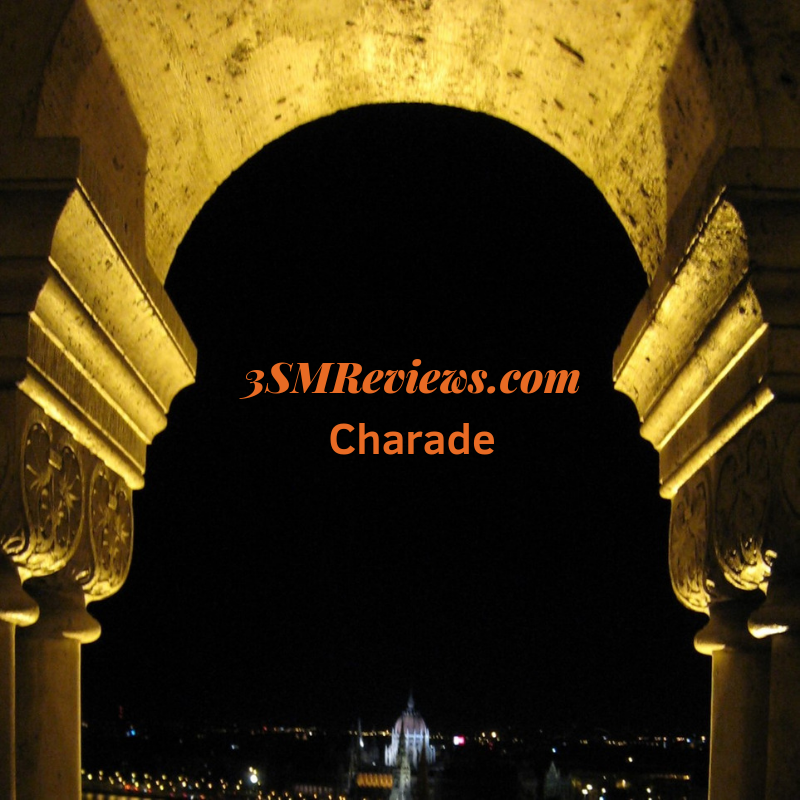 Charade is Fun to Look atComedy, Everything, Good, Suspense