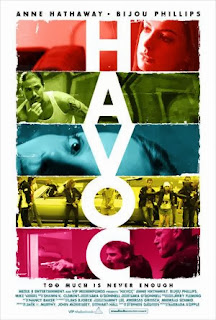 I came away from this movie thankful that I’m not wealthy and don’t have an over-privileged daughter who only finds “real” while slumming in the ghetto.  I can’t say I enjoyed this film; Anne Hathaway was good–she often “brings it”–but something was off. It may be that she didn’t look or talk like a teenager, yet many of her character’s motivations supposedly stemmed from being a teenager.

Channing Tatum screen time report:  approximately 3 minutes, in the background.  And yes, that was why I picked this movie.  Only one more to go and I will have seen every feature-length film he is credited with on IMDB.  Unfortunately, that one is Supercross: The Movie.  It has a Rotten Tomatoes rating of 6%.  I watch them so you don’t have to.