Where’d You Go, Bernadette is Entertaining

Richard Linklater does a great job transforming Where’d You Go, Bernadette from an epistolary novel into a coherent film—though the film stumbles at the end. I enjoyed this much more than I thought I would, mostly because Cate Blanchett having a mental crisis is so much fun to watch.* There’s a big, old, moldering house,** some really great mean girl mom stuff,*** good performances by Billy Crudup and Emma Nelson (in her debut: she plays Bernadette’s daughter) plus a bunch of bit parts with actors I love.****

(I greatly enjoyed this book and can recommend it.)

*The Academy also agrees: she won an Oscar for Blue Jasmine, which is another story of a woman in mental crisis. And parts of her performance brought to mind Katherine Hepburn, whom she portrayed in the Aviator and for which the Academy also bestowed her with an Oscar.
**Something about moldering houses inspires glee in me. My favorite YA novel of 2019, Ordinary Girls by Blair Thornburgh, also featured a moldering house.
***Kristen Wiig is so very good!
****Judy Greer, Steven Zahn, Megan Mullally, Laurence Fishburne

Bernadette refers to Dr. Kurtz, the Judy Greer character, as “Colonel Kurtz” at one point. Colonel Kurtz was the enigmatic figure in the film Apocalyse Now in which Laurence Fishburne, who plays Bernadette’s former colleague Paul Jellinek, had a part as Tyrone ‘Clean’ Miller, the youngest member on the boat. 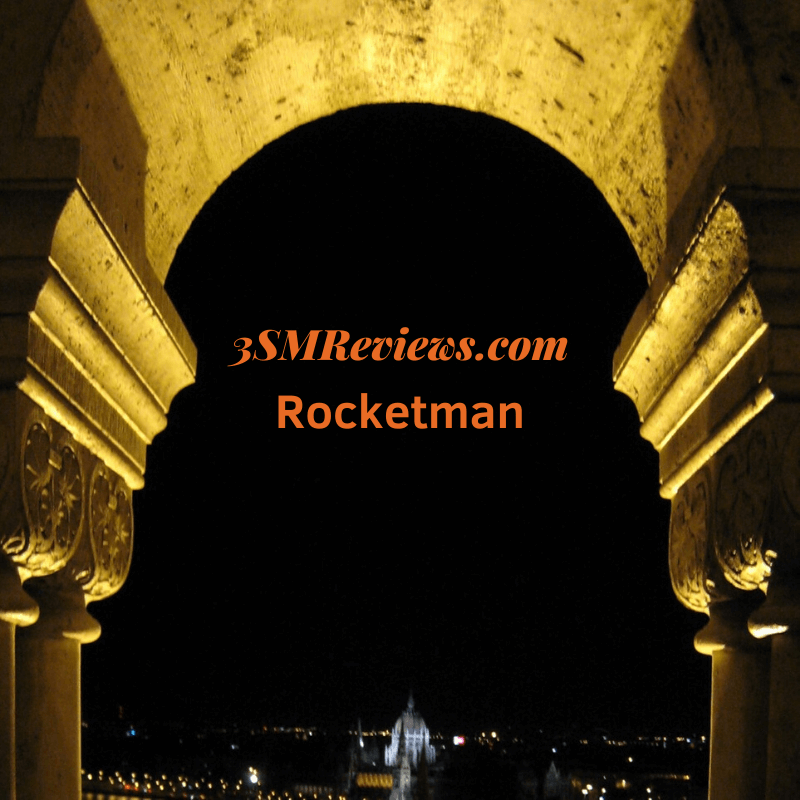 Rocketman is Mostly a DisappointmentDrama, Everything, Historical, Musicals, Skip