17 Years Together and 40 Superhero Films Watched

Avengers: Endgame’s release last weekend, got me thinking about how the seventeen years I’ve been in a relationship with Matt have coincided with the rise of the modern superhero movie.

We both like superhero films. He grew up reading comic books, I love an origin story. We both experienced Christopher Reeve’s Superman and the sequels that followed. There was the Batman in the 80s.

The start of “us” was around the release weekend of the 2002 Spider-Man movie. We watched the movie separately, but we talked about it in one of those long start-of-relationship phone call or email.

At the beginning, we watched most of the superhero movies as they were released, usually on opening weekend, or close to it. And now? We mostly do the same thing, but there are so many more opening weekends for us. Look what happened:

Because our anniversary is always celebrated the weekend before Mother’s Day, and that’s often the launch of the summer movie season, we’ve had more than one anniversary at the movie theater. Actually, there have been six, and had the last two Avengers films not moved their release dates one week earlier, we would be at eight.

Here we are in 2015 waiting to see Avengers: Age of Ultron:

And here we are last weekend:

(The self-portrait skills have not improved over the years. In fact, they may have degraded.)

Our films fall into four categories:

You can see which universe is the clear winner in our house. It’s Marvel by a long shot, probably because they have perfected the superhero film universe. Matt’s a big fan of X-Men, I have a soft spot for Spider-Man and neither of us prioritizes DC. Most of those DC films are Christopher Nolan’s Batman series.

While I liked the Christopher Nolan Batman world overall, and we both liked Batman Begins and The Dark Knight Rises, Matt and I disagree about the Dark Knight. It’s his favorite, I thought it was much too dark.

I like Superman, but haven’t made time for him among the superhero glut and we’ve missed most of the DCEU. Exceptions: Wonder Woman, because no way was I missing that female icon’s big-screen debut, especially with a female director; Shazam! because the podcast Feminist Frequency gave it their seal of approval so Matt wanted to go. We both liked it, me more than him.

Here’s a nice 8-minute analysis of DC that compares that world unfavorably to Marvel.

I’m not sure if the fact there have been four different actors portraying Spider-Man says more about our longevity, or the lack of originality in Hollywood.

As a big fan of Toby Maguire’s Spider-Man, I wasn’t a big fan of the reboot with Andrew Garfield coming so soon after Spider-Man III. We still watched the Amazing Spider-Man, though we both skipped the sequel.

For the next reboot, Matt went on opening day and I skipped it, but the argument “it’s a really great high school film” eventually won me over and Matt watched Spider-Man: Homecoming with me on DVD. Tom Holland is a delight; he might just be the best of the bunch.

When Spider-Man: Into the Spider-Verse was released, I was feeling rather full of superhero movies and almost didn’t go, but was so glad we did see the film. Miles Morales is the best animated Spider-Man I’ve ever seen and the movie is visually stunning. Plus, it has a great plot.

If they keep going at this rate, there will be another actor portraying Spider-Man by the time we celebrate our 25th anniversary.

X2: X-Men United was the first superhero movie we watched together. We saw it at the Laurelhurst Theater as part of a double feature with the original Superman.

Hot tip: a double feature of those two films should start with Superman, as following early-2000s filmmaking with 1970s filmmaking makes the older film feel like it is playing at half speed. Plus there’s a rhyming poem-like series of thoughts in the middle that we both cringed through.

Since then we’ve seen an X-Man film that Matt still refers to as “the fan film” and refuses to acknowledge as part of the cannon. We’ve gone back in time to see James McAvoy and Michael Fassbender portray younger versions of Patrick Stewart (Magneto) and Ian McKellen (Professor X)

We’ve also seen the titles of films featuring everyone’s favorite mutant (Wolverine, of course) shed punctuation and articles as the years go by.

I’m guessing we will be at the theater for X-Men: Dark Pheonix. I’m looking forward to Evan Peter’s re-appearance as Quicksliver. His Jim Croche scene in X-Men: Days of Future Past was a highlight of the franchise for me.

Marvel reigns supreme over our superhero moviegoing world. We’ve been to films with Marvel characters since the Marvel Cinematic Universe was a pipe dream.

Not only that, but we watched The Incredible Hulk, and not just to catch up before the first Avengers movie came out.

What is it about the MCU that is so good? They take their movies seriously. They cast brilliant actors. They create a unified movie world, where one movie builds on another for an ultimate story, but where also each movie can stand on its own.

And they never lose sight that super heroes are fun, and the best ones are funny.

Though I have superhero fatigue right now, I still want to watch their films, because they do good storytelling. And that’s led them to a $20 billion worldwide box office take on movies that have cost around $4.5 billion to make.

(Numbers come from Wikipedia and are probably changing every second since Endgame’s release.)

It’s been 17 years and an average of 2.35 new superhero movies per year. Will we keep up with the pace? I don’t know, but probably. But regardless, I’ve enjoyed our shared interest in the superhero world. 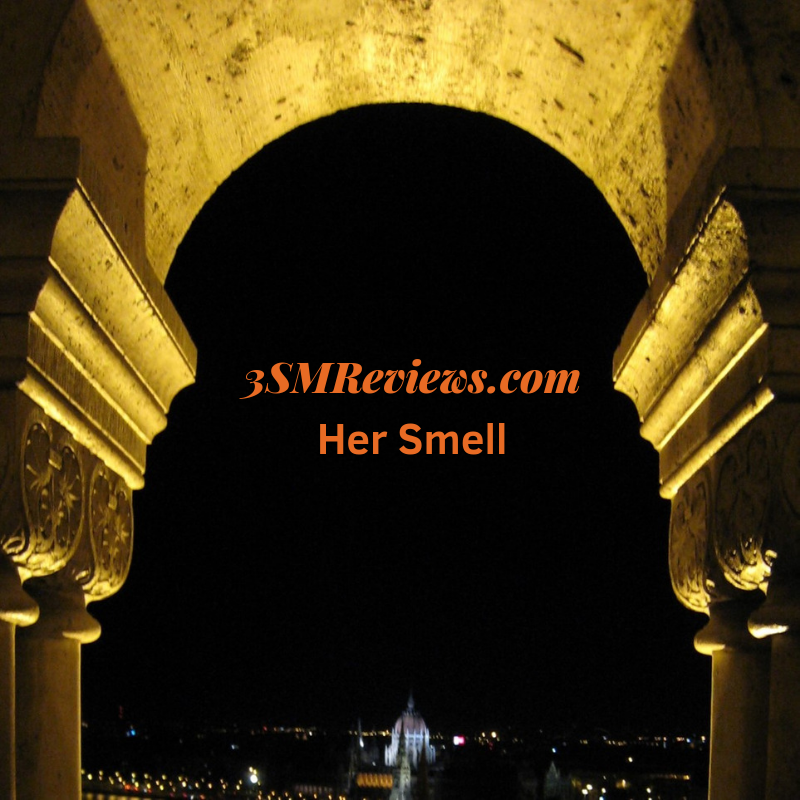 Her Smell: an Uncomfortable Character StudyDrama, Everything, Good, Musicals